Results
While all FTD subtypes had behavioural changes, apathy and disinhibition were most common in bvFTD and FTD‐ALS, and executive dysfunction was more common in PNFA and SD. All FTD subtypes showed significantly lower levels of empathy after onset of illness, with no major differences in empathic concern and perspective taking between subtypes. Negative emotion recognition was significantly affected in all FTD subtypes, whereas positive emotion recognition was relatively intact. Comparison of VBM between FTD subtypes showed that subcortical gray matter volume was significantly reduced in FTD‐PSP compared to other subtypes, and lingual gyrus was more involved in FTD‐ALS, bvFTD and SD compared to FTD‐PSP and PNFA. Correlation between social cognition deficits and imaging revealed a significant finding: left putamen volume correlated with recognition of disgust and sad emotion across FTD spectrum disorders.

Conclusions
We have shown that social cognition deficits are impaired across FTD spectrum disorders, including classical bvFTD, language and motor variants. The study also demonstrates the existence of emotion specific brain regions necessary for recognition of mainly the negative basic emotions. To manage and overcome abnormal interpersonal behaviour seen in these disorders, behavioural intervention will need to be planned to reduce the negative impact and improve the ability to form and consolidate social networks in FTD. 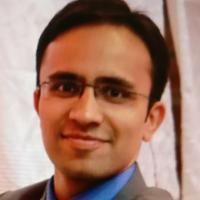