Subjects with Alzheimer’s disease (AD) show loss of cognitive functions and change in behavioral and functional state affecting the quality of their daily life and that of their families and caregivers. A neuropsychological assessment plays a crucial role in detecting such changes from normal conditions. However, despite the existence of clinical measures that are used to classify and diagnose AD, a large amount of subjectivity continues to exist. Our aim was to assess the potential of machine learning in quantifying this process and optimizing or even reducing the amount of neuropsychological tests used to classify AD patients, also at an early stage of impairment. We investigated the role of twelve state-of-the-art neuropsychological tests in the automatic classification of subjects with none, mild, or severe impairment as measured by the clinical dementia rating (CDR). Data were obtained from the ADNI database. In the groups of measures used as features, we included measures of both cognitive domains and subdomains. Our findings show that some tests are more frequently best predictors for the automatic classification, namely, LM, ADAS-Cog, AVLT, and FAQ, with a major role of the ADAS-Cog measures of delayed and immediate memory and the FAQ measure of financial competency. 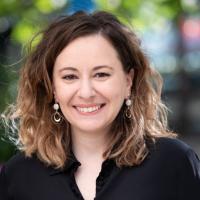 View this news item, Very early-onset behavioral variant frontotemporal dementia in a patient with a variant of uncertain significance of a <em>FUS</em> gene mutation
Scientific Journal

Artificial intelligence and neuropsychological measures: The case of Alzheimer’s disease

Neuroepidemiology: New Methods, Results, and Challenges in the Definition of the Early Phases of Alzheimer's Disease: Insights From Subjective Memory Complaints and Subjective Cognitive Decline