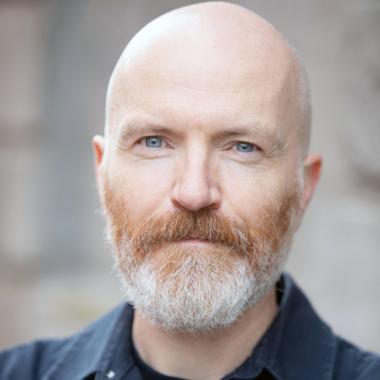 I believe in harnessing the unmatched communicative power of empathy on which the arts are built, and acting in parity with research, to achieve a shared goal of brain health equity and increased quality of life.

Dominic believes in harnessing the unmatched communicative power of empathy on which the arts are built, and acting in parity with research, to achieve a shared goal of brain health equity and increased quality of life.

Dominic is using experience of exploring inequity through performance and authorship to champion this cause, trying to bring unheard people into the debate about who has access to positive brain health, and why.

Dominic hopes to gain greater understanding and context of neurological processes, learning how best to apply these to his own work, and seeing how his work could, in turn, complement them to better support people in their brain health outcomes.

The creative arts offer fuller understanding, confront stigma, and provide both hope to individuals and a strident challenge to inequity as it relates to the scale of dementia in the United Kingdom.

Prior to training at Guildford School of Acting, Dominic graduated in Archaeology and Medieval History from the University of Sheffield. His performance work embraces mainstream commercial and publicly-subsidised theatre, devised site-specific and fringe theatre, television and radio. Dominic was part of the team that developed the world’s first dementia-friendly theatre performance, and an originating cast member of the theatre adaptation of Benjamin Zephaniah’s Refugee Boy, which launched the UK’s Theatre of Sanctuary movement.

Dominic's writing is driven by shared human experience, exploring brain health and experiences of reality, recently co-authoring a play with a man who lives with dementia to to highlight his creativity, humor and resilience at a time of life-changing uncertainty.

Dominic's creative practice is supported by Theatre in the Mill, a national arts venue based at the University of Bradford, committed to developing, supporting and presenting socially responsible work that reflects the environment within which it is situated, creating spaces that promote dialogue and developing artists’ links to rigorous academic thought and expertise.

The Noise Begins—Tinnitus, Neuroscience and Storytelling

View this publication, The Noise Begins—Tinnitus, Neuroscience and Storytelling

dominic.gately@gbhi.org
About the application process