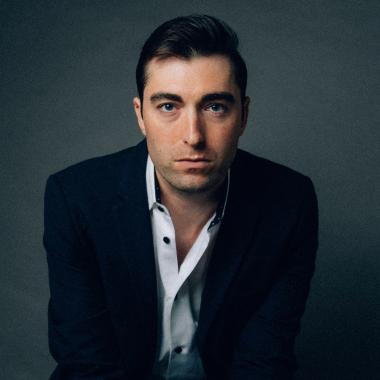 If society is to ever truly reduce the global health impact of dementia, it will take not only the work of dedicated researchers, but also storytellers committed to visibility and public advocacy.

Zach is a director and screenwriter focused on creating informed and empathetic narratives through his work in film and television.

If society is to ever truly reduce the global health impact of dementia, it will take not only the work of dedicated researchers, but also storytellers committed to visibility and public advocacy for the individual human lives who inspire that work.

Zach is committed to a deep-research process in his work that dramatizes the lives of his characters with authenticity. Zach believes that it is imperative that, as a filmmaker, he approaches the human stories of dementia with as much accuracy as he does creativity.

Zach intends to immerse himself in cross-disciplinary collaboration necessary to help him accurately dramatize the lives of those experiencing and treating dementia. Through cinema, he hopes to bring dignity, beauty, witness, and compassion to their stories.

Dementia is ubiquitous in the United States but its effects are particularly hard on rural communities where people deal with growing healthcare inequity, senior poverty and lack access to the institutional resources available in large urban centers.

Zach is a director and screenwriter whose films have played festivals and won awards across the globe. His piece "The Lightkeeper" (2018) was named final recipient of the CINE Golden Eagle Award for Narrative Short Film, an award recognizing rising filmmakers since 1957 which has honored the early careers of Steven Spielberg, Ron Howard, Spike Lee, Taylor Hackford and others. His screenplays and teleplays have placed in a number of international screenwriting competitions and he continues to work as a music video director in parallel to narrative cinema. Prior to transitioning behind the camera, Zach spent the first half of his career as an actor. He has appeared in a number of American television shows, as well as acting Off-Broadway, with the New York Philharmonic Orchestra at Lincoln Center, and regionally around the United States in live theatrical productions. He is a graduate from the School of Theatre at Northwestern University in Evanston, Illinois.

"The Lightkeeper" film about dementia