A regular dose of awe is a simple way to boost healthy ‘prosocial’ emotions such as compassion and gratitude, according to a new study by researchers at the UC San Francisco Memory and Aging Center (MAC) and the Global Brain Health Institute (GBHI) – a partnership between UCSF and Trinity College Dublin to improve brain health worldwide.

In the study, published Sept. 21 in the journal Emotion, older adults who took weekly 15-minute “awe walks” for eight weeks reported increased positive emotions and less distress in their daily lives. This shift was reflected in “selfies” participants took on their weekly walks, in which an increasing focus on their surroundings rather than themselves was paralleled by measurably broader smiles by the end of the study.

“Negative emotions, particularly loneliness, have well-documented negative effects on the health of older adults, particularly those over age 75,” said Virginia Sturm, PhD, an associate professor of in the departments of Neurology and of Psychiatry and Behavioral Sciences and the John Douglas French Alzheimer's Foundation Endowed Professor in the UCSF Weill Institute for Neurosciences. “What we show here is that a very simple intervention – essentially a reminder to occasionally shift our energy and attention outward instead of inward – can lead to significant improvements in emotional well-being.”

Sturm directs the Clinical Affective Neuroscience (CAN) laboratory in the UCSF MAC, where her team studies how neurodegenerative disease affects the brain’s emotional systems. Sturm and her group have previously documented increased empathy and emotional contagion – meaning a tendency to mirror the emotions of others – as an early feature of Alzheimer’s disease.

The new study was inspired by a call from GBHI for research proposals to identify simple, low-cost interventions to improve brain health. Sturm says she immediately began to think about how to improve emotional well-being in older adults, and partnered with UC Berkeley psychologist Dacher Keltner, PhD, an expert in emotion, to develop a simple intervention.

“Awe is a positive emotion triggered by awareness of something vastly larger than the self and not immediately understandable — such as nature, art, music, or being caught up in a collective act such as a ceremony, concert or political march,” Keltner said. “Experiencing awe can contribute to a host of benefits including an expanded sense of time and enhanced feelings of generosity, well-being and humility.”

The researchers recruited 52 healthy older adults from the MAC’s long-running Hilblom Healthy Aging Study, led by study co-author Joel Kramer, PsyD, a professor of neurology and director of the MAC Neuropsychology program. They asked each of these participants to simply take at least one 15-minute walk each week for eight weeks. For half of the participants, the researchers also described the emotion of awe and suggested trying to experience that emotion during their walks.

Participants filled out brief surveys after each walk, detailing characteristics of the walk and the emotions they had experienced, including questions intended to assess their experience of awe. These surveys showed that people in the “awe group” reported increasing experience of awe on their walks as the study went on, suggesting some benefit of practice.

Answers to open-ended survey questions reflected awe walk participants’ growing sense of wonder and appreciation for the details of the world around them. For example, one participant reflected on “the beautiful fall colors and the absence of them amidst the evergreen forest… how the leaves were no longer crunchy underfoot because of the rain and how the walk was more spongy now… the wonder that a small child feels as they explore their expanding world.” In contrast, participants from the control walk group tended to be more inwardly focused. For example: “I thought about our vacation in Hawaii coming up this next Thursday. Thought about all the things I had to do before we leave.” Another reflected on “what a beautiful day it was and that later I was going to go see my great granddaughter.” [Note the study was conducted prior to COVID-19.]

The researchers also asked participants to take selfies at the beginning, middle, and end of each walk. Analysis of these photos revealed a parallel, visible shift in how participants portrayed themselves: people in the awe group increasingly made themselves smaller in their photos over the course of the study, preferring to feature the landscapes around them. At the same time, the smiles on participants’ faces grew measurably more intense.

“One of the key features of awe is that it promotes what we call ‘small self,’ a healthy sense of proportion between your own self and the bigger picture of the world around you,” Sturm said. “To be honest, we had decided to do this particular analysis of participants’ selfies on a lark — I never really expected we’d be able to document awe’s ability to create an emotionally healthy small self literally on camera!”

The researchers also sent participants daily surveys throughout the eight-week study to assess their day-by-day emotional state. The responses revealed that those in the awe group experienced significant boosts in their daily experience of positive prosocial emotions such as compassion and gratitude over the course of the study.

Participants in the control group actually took more frequent walks during the study, the researchers found, perhaps because some of them suspected that the study was focused on exercise. However, this did not result in significant shifts in emotional well-being – or in the composition of their selfies. This suggests the results in the awe group were really due to the experience of awe, and not just time spent exercising outside.

The effects the researchers observed were relatively moderate but were easy to evoke and grew stronger over time, suggesting the benefits could continue to grow with longer practice.

“I find it remarkable that the simplest intervention in the world – just a three-minute conversation at the beginning of the study suggesting that participants practice feeling awe on their weekly walks – was able to drive significant shifts in their daily emotional experience,” Sturm said. “This suggests promoting the experience of awe could be an extremely low-cost tool for improving the emotional health of older adults through a simple shift in mindset.”

“Experiencing awe is such a simple practice – just taking a moment to look out the window or pausing to consider the technological marvels that surround us – and we now show it can have measurable effects on our emotional well-being,” Sturm added. “A little more joy and a little more connectedness with the world around us is something all of us could use these days.”

Funding: The research was supported by funding from the Global Brain Health Institute. 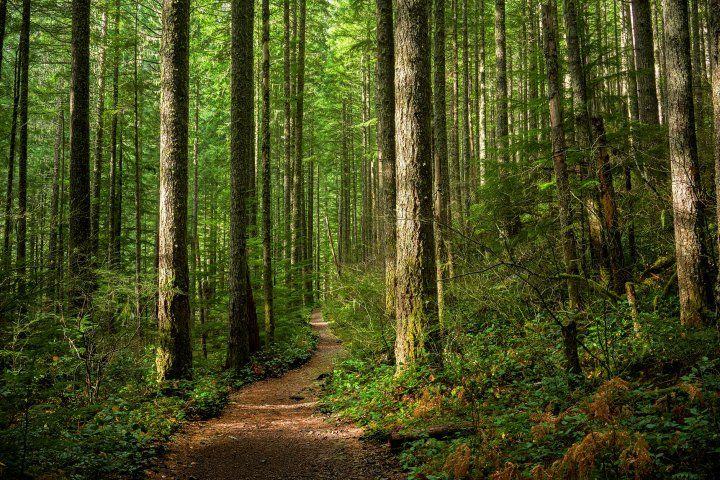 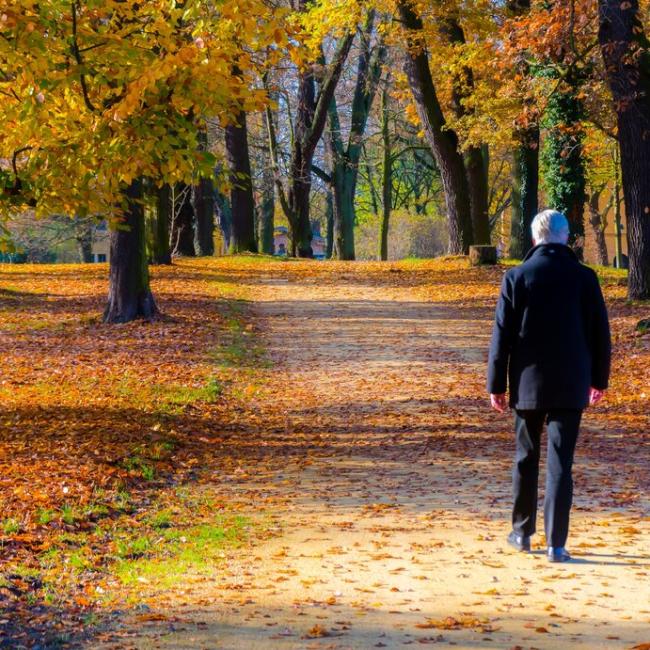