Like the creation myths they supersede, the revelations of science are seared into our collective imagination through storytelling. From Archimedes' bath to Newton's apple, vivid accounts of scientific discovery help us understand the principles behind each theory, and add to the larger narrative of how the universe works, and how we came to be here.

This anthology draws out and distills science’s love of narrative from a wide range of scientific disciplines, weaving theory into very human stories, and delving into the humanity of theorists and experimenters as they stood on the brink of momentous discoveries: from Joseph Swan’s original light-bulb moment to the uncovering of ‘mirror neurons’ lighting up empathy zones in the human brain; from Einstein's revelation on a Bern tram, to Pavlov’s identification of personality types thanks to a freak flood in his St Petersburg lab.

Each story has been written in close consultation with scientists and historians and is accompanied by a specially written afterword, expanding on the science for the general reader.

Together, they bring vividly to life the stories behind the 'eureka!' moments that changed the way we live, forever.

Featuring Alison MacLeod’s The Heart of Denis Noble, shortlisted for the BBC National Short Story Prize 2011, and Radio 4’s ‘Pick of the Week’. 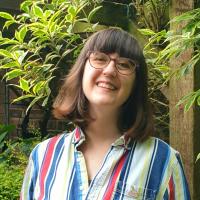 Co-design of a Smartphone App for People Living With Dementia by Applying Agile, Iterative Co-design Principles: Development and Usability Study

View this news item, Prediction of Choice from Competing Mechanosensory and Choice-Memory Cues During Active Tactile Decision Making
About the application process