PURPOSE: Social isolation is considered a risk factor for dementia. However, less is known about social isolation and dementia with respect to competing risk of death, particularly in the oldest-old, who are at highest risk for social isolation, dementia and mortality. Therefore, we aimed to examine these associations in a sample of oldest-old individuals.

METHODS: Analyses were based on follow-up (FU) 5-9 of the longitudinal German study AgeCoDe/AgeQualiDe. Social isolation was assessed using the short form of the Lubben Social Network Scale (LSNS-6), with a score ≤ 12 indicating social isolation. Structured interviews were used to identify dementia cases. Competing risk analysis based on the Fine-Gray model was conducted to test the association between social isolation and incident dementia.

CONCLUSION: In contrast to the findings of previous studies, we did not find an association between social isolation and incident dementia in the oldest-old. However, our analysis took into account the competing risk of death and the FU period was rather short. Future studies, especially with longer FU periods and more comprehensive assessment of qualitative social network characteristics (e.g., loneliness and satisfaction with social relationships) may be useful for clarification. 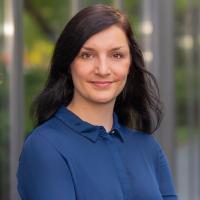 View this news item, Socioeconomic Inequalities in Cognitive Functioning Only to a Small Extent Attributable to Modifiable Health and Lifestyle Factors in Individuals Without Dementia
Scientific Journal

View this news item, Multidomain interventions for risk reduction and prevention of cognitive decline and dementia: current developments
About the application process