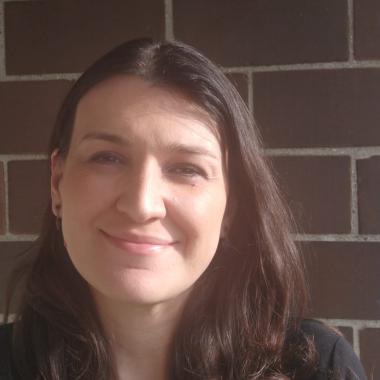 To reduce the scale and impact of dementia, we need to improve early detection by using affordable cognitive and biological markers.

Natalia is a full professor at National Department of Public Health at University of Antioquia, Colombia.

To reduce the scale and impact of dementia, Natalia believes we need to improve early detection by using affordable cognitive/biological markers. Early identification of population at-risk will increase the possibilities for implement preventive actions.

Natalia is evaluating bio-cognitive markers associated with spatial cognition and allostatic load among multigenerational families with Alzheimer diseases. She expects that the validation of this markers improve early identification of population at risk.

As an Atlantic Fellow, Natalia aims to contribute with the evaluation and implementation of early detection markers for dementia to primary health care setting. She expects to support the building of the new public policies for dementia in Colombia.

Antioquia, Colombia has one of the largest prevalences of family forms of Alzheimer type Dementia. Natalia believes we have a unique opportunity to improve preventive actions against dementia by validating early detection markers and implementing them at health system.

Natalia Trujillo is a neuroscientist studying cognitive and social processing and its intervention in neurological patients, and populations expressing disruptive behavior. She has training in human cognitive and behavioral analysis through a bachelor’s degree in Psychology from San Buenaventura University, Colombia. In addition, she analyzed the role of the neurodevelopment and decision-making process in adolescents with disruptive behavior during both her fellow as a young researcher and her specialization in Forensic Psychology from San Buenaventura University, Colombia. She continued this line of research by analyzing genetic-neurocognitive (GNC) markers of the Attentional Deficit Hyperactivity Disorder (ADHD) in a multigenerational family sample during her Ph.D. In Biomedical Basic Science focusing on Neuroscience granted in 2011 at the University of Antioquia, Colombia. Finally, she expanded her doctoral thesis results by studying electrophysiological markers of social cognition among adults with Parkinson and Alzheimer's diseases, and disruptive behaviors (i.e., illegal ex-combatants) from the Colombian armed conflict.