Why does it hurt to feel lonely? And what can we do about it?

People can experience loneliness for many reasons, including social isolation or relationship loss. It affects all people, including those in relationships. Despite its universality, loneliness often carries a stigma.

“The reason (people feel lonely) isn't because there's something wrong with them or they're faulty in some way,” said Kornbluth. “It’s actually proof that they're human. If they weren't, it wouldn't hurt at all to be lonely.”

Loneliness is natural, even necessary, as it can motivate people to seek social connections.

“It’s a reminder that we need one another,” says Kornbluth.

Indeed, it can hurt to be lonely. In the Citizen Brain video, Kornbluth points to research that suggests lonely older adults are more likely to get sick or to die than the socially connected. Loneliness is also associated with an increased risk of sleep disturbances, depression, and Alzheimer's disease.

“We learn about loneliness and the brain in many ways, including through animals,” says Kornbluth.

For instance, research of C. elegans—a type of worm—shows a possible connection between social isolation and mood disorders like depression. Additionally, prairie voles—a type of small rodent—can experience the pain of loss, just like humans, when they become socially isolated.

Despite the growing understanding of loneliness, its health risks appear to be largely unsung.

“There are public health policies about smoking and (obesity),” says Brian Lawlor, MD, Deputy Executive Director of GBHI, in the video. “The risk of dying from loneliness and isolation is about the same as light cigarette smoking and it's probably greater than obesity, but we don't have a public health approach or policy around loneliness.”

By considering loneliness using expert brain science, a passion for a better world, and a sense of humor, Kornbluth hopes his insightful, lighthearted video will reach new audiences to emphasize the impact of loneliness on health.

“I want to let people know in a friendly way about the importance of these various issues,” says Kornbluth. “It's always been my ambition to be in the service of, among other things, a more loving society.”

2.  "Only the Lonely: A Randomized Controlled Trial of a Volunteer Visiting Programme for Older People Experiencing Loneliness," by Brian Lawlor, et al.: https://www.researchgate.net/publication/269392000_Only_the_Lonely_a_randomized_controlled_trial_of_a_volunteer_visiting_programme_for_older_people_experiencing_loneliness 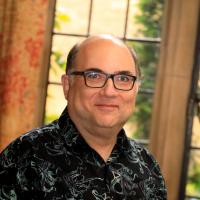