Finding the Right Words: A Story of Literature, Grief, and the Brain is the story of Jerry Weinstein, father of Cindy Weinstein, Atlantic Fellow for Equity in Brain Health, who suffered from early-onset Alzheimer’s. In a series of chapters that begin with the diagnosis and then describe clinical presentations of the disease, Cindy’s grief and Dr. Bruce Miller’s explanation of the brain bring Jerry—beloved father, grandfather, son—into focus. In combining her experience as daughter and English professor with Bruce’s perspective as son and neurologist, the book becomes an opportunity to reflect upon our shared humanity and the specific losses and loves that define us as individuals. These excerpts, which call upon poetry and art to translate some of our deepest emotions, are taken from the final chapter on memory. They are shared with permission of John Hopkins University Press. The book is a product of Cindy’s Pilot Award for Global Brain Health Leaders.

Has literature given me (Cindy Weinstein) the tools to climb over the wall of a disease that kills memory, not only of the sick person but, in my case, the well one who looked on—to get to the time before the past that I have for a long while defined as starting when my father was diagnosed? Can I get to the other side of that anguished past in order to remember just what I loved so much about him? After all, the depth of love that I have (had) for my father, and the sadness that comes from losing him, can be captured fully only if I can retrieve my healthy father. To make you, the reader, know who he was before he was sick. I shall try to do that now. Can I do here what I love fiction for doing? Create for you, the reader, my father, or more precisely, recreate my memories of him? It should be easier than what novelists do. My dad was real. I’m not creating someone and memories of them ex nihilo. At the end of Walt Whitman’s poem “Song of Myself,” which appeared in the 1855 edition of Leaves of Grass (he would revise Leaves of Grass until his death in 1892), he writes this:

Failing to fetch me at first, keep encouraged;
Missing me one place, search another;
I stop somewhere, waiting for you.

I read these words and hear my father calling me, urging me to “keep encouraged,” coaxing me to continue the “search,” reminding me that he stopped (a long time ago), and I should too because he is “waiting” for me. In my mind, he is not angry for “failing to fetch” him. He understands that I couldn’t even try, that it’s taken me thirty years to try.

Below: Cindy and her father, Jerry Weinstein 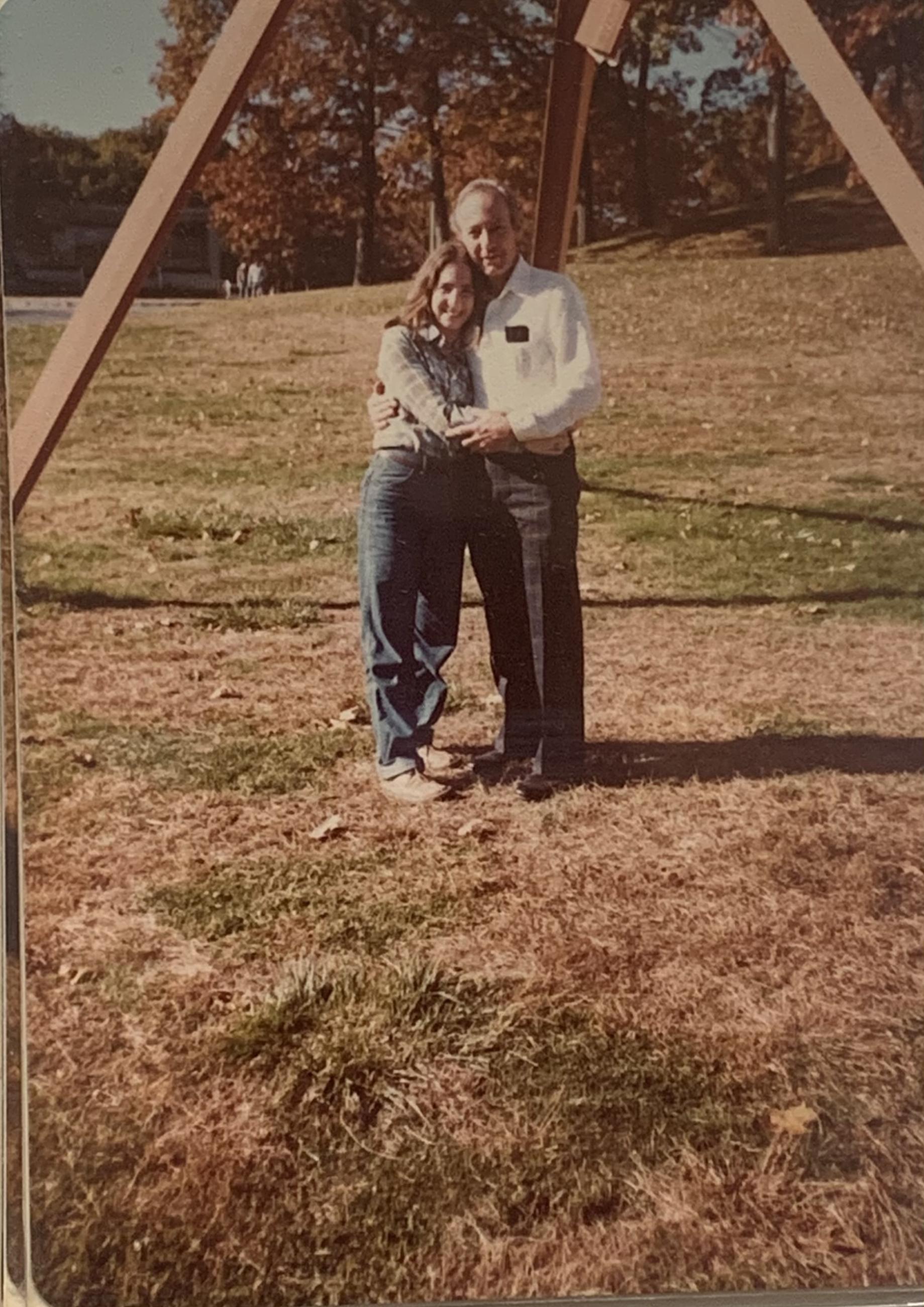 Here is my (Bruce Miller’s) own version of translating memory into a tribute. The picture on the back cover is titled The Life and Death of Billy Miller, and it is a watercolor from my mother, Harriet Bernice Sanders Miller, MFA. Mom, soon to be ninety-four, is an artist and art educator who loves children and dogs. This picture is her dedication to an incredible blue merle Australian Shepherd named Billy, who lived with her and my father on the ocean in San Pedro, California. The picture frames, through multiple squares, Billy’s life. There are three main themes. The first squares are mystical and present Billy’s birth and origins; the second squares show the palm trees that Mom, Dad, and Billy walked by every day during their time together living on the ocean; and the last squares represent Billy’s death and his rise into the universe. Thousands and thousands of experiences are abstracted into the frames, which represent a life of a very special dog shared together with my parents. The picture, profoundly beautiful and sad for me, captures the brief moments of our lives, remembered and crystallized into squares.

Below: "The Life and Death of Billy Miller" (Watercolor) by Harriet Bernice Sanders 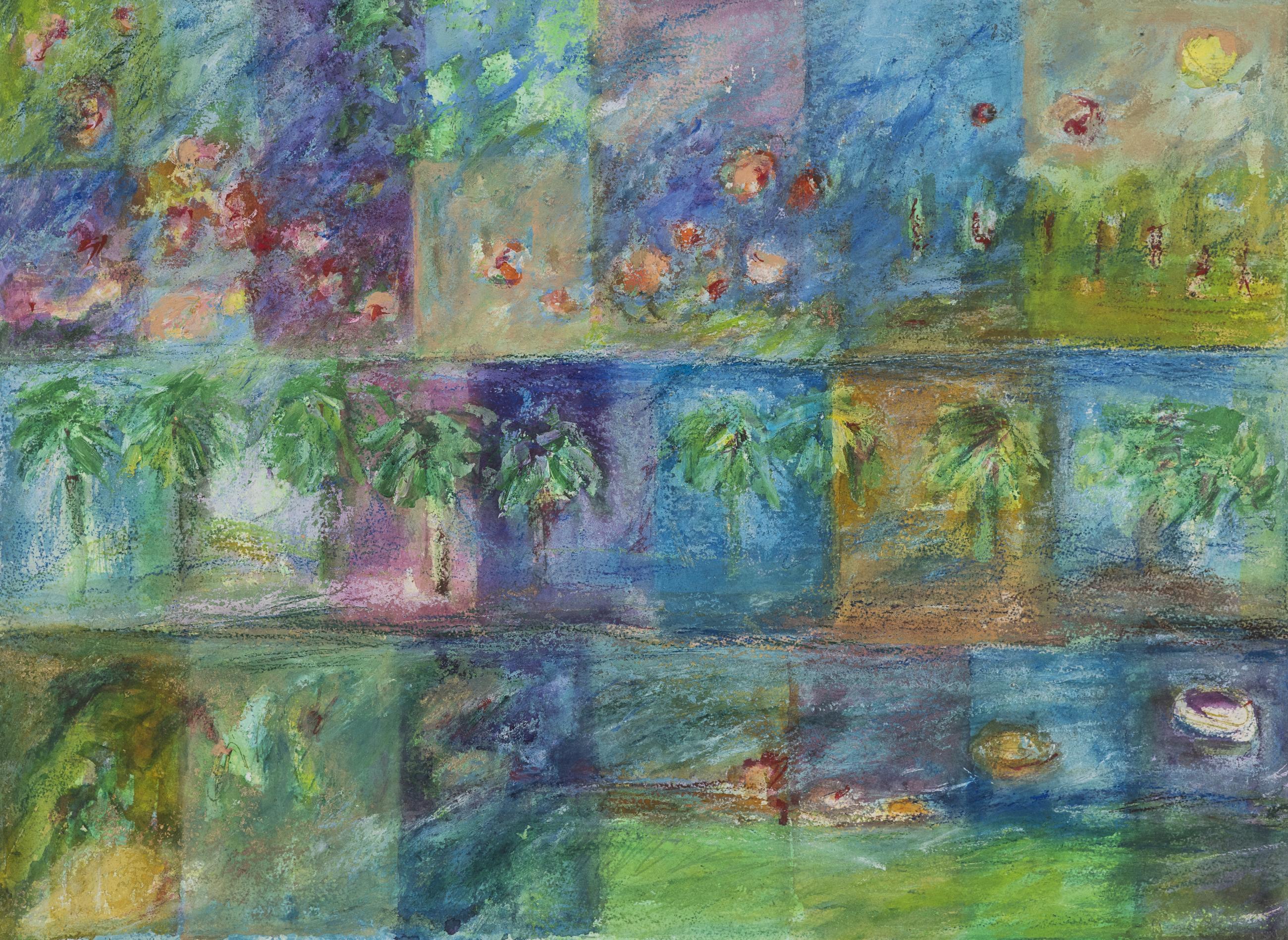 Join Cindy Weinstein and Bruce Miller for a live webinar hosted by the Alzheimer's Association on Thursday, August 26, 2021 at 1 p.m. PDT. They will be discussing and reading from their book, Finding the Right Words: A Story of Literature, Grief, and the Brain. Visit weinsteinandmiller.com to learn more. 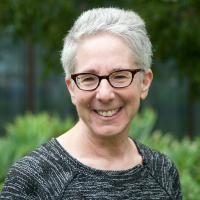 Finding the Right Words: a Story of Literature, Grief, and the Brain 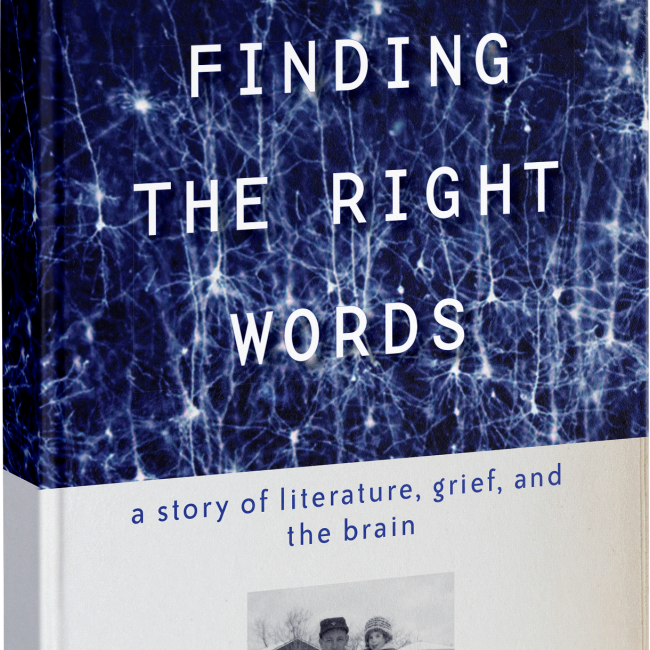 View this news item, Facilitators and Barriers to Dementia Assessment and Diagnosis: Perspectives From Dementia Experts Within a Global Health Context
Image