Role of co-pathology in the clinical presentation of Alzheimer's disease

BACKGROUND: The classic most common clinical variant of Alzheimer´s Disease(AD) is the progressive amnestic-dysexecutive predominant syndrome. Atypical or focal cortical AD clinical presentations are characterized by unusual symptoms that include corticobasal syndrome(CBS), logopenic variant primary progressive aphasia(lvPPA), posterior cortical atrophy syndrome(PCA), and a frontal variant AD(fvAD). Atypical phenotypes are more frequently observed in men, at a younger age and tend to be less associated with apolipoprotein E(APOE) ɛ4 allele genotype than typical amnestic-dysexecutive cases. Atypical variants show a differential pattern of atrophy and tau accumulation but, until now, the neuropathological basis that differentiates typical from atypical AD remains unclear. The role that copathology plays in selective vulnerability of the regions affected by atypical variants remains understudied. We aimed to elucidate whether the presence, severity, or number of copathologies were associated with the clinical phenotype of AD.

METHOD: We searched the Neurodegenerative Diseases Brain Bank database of the University of California, San Francisco to identify cases with a primary pathological diagnosis of AD. All individuals had undergone in/depth clinical assessment, neuropsychological testing, and genotyping. The presence and number of the following copathologies were considered as a categorical or a continuous variable respectively: Lewy body disease, TDP-43 proteinopathy, argyrophilic grain disease, hippocampal sclerosis, vascular brain injury, cerebral amyloid angiopathy, and argyrophilic thorny-shaped astrocyte clusters. Copathologies we considered as ordinal according to severity. APOε4, was categorized as positive if at least one allele was present. Sociodemographic variables were also collected. We used non-parametric statistical tests to analyze the association between copathology and typical and atypical AD.

RESULTS: In total, 137 participants were analyzed. The 45 with atypical AD were predominantly men(p=0.012), had a younger age of onset(p=0.004), and died younger(p=0.005). The presence APOε4 alleles was higher in participants with typical AD(0.012). We did not observe any associations when copathology was tested against the clinical phenotype as a dichotomic variable or a continuous one (Table 1) or severity (Figure 1).

CONCLUSION: Copathology did not show an association with the clinical phenotype of AD. Age of onset and APOε4 status showed to be more related to selective vulnerability of brain regions of patients with atypical AD. 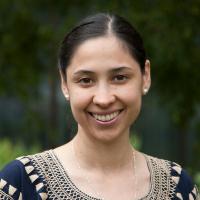 Caspase-6-cleaved tau is relevant in Alzheimer's disease and marginal in four-repeat tauopathies: Diagnostic and therapeutic implications