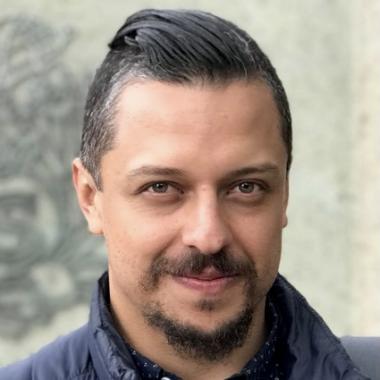 To reduce the scale and impact of dementia, we need to encourage population awareness on risk and protective factors related to dementia.

To reduce the scale and impact of dementia, we need to encourage population awareness on risk and protective factors related to dementia. Dementia awareness requires creative leaderships in social, political, research and public-health scenarios.

Hernando created and led a group of junior researchers that implemented a holistic approach to promote dementia awareness and investigate the interactions between biology, genetic-epigenetic, and social factors associated with neurocognitive disorders.

As an Atlantic Fellow, Hernando aims to promote public policies to encourage brain health in Colombia and other Latin American countries, based on the study of the interactions between epigenetics and epigenetics, environmental factors, and social determinants of health associated with neurodegeneration in our region.

Population aging involves an increase in the prevalence of neurocognitive disorders. Although research diagnoses and treatments for these disorders have grown in high-income countries, these efforts are in the early stages across Latin America.

Hernando is currently the Director of the Ph.D. Program in Neuroscience at the Javerian University Bogotá, Colombia. He also holds a research and clinician Professor position at Javeriana University, Bogotá, Colombia. Hernando obtained a Medicine Doctor degree and a Psychiatry degree. He then started his research work and completed a Masters's degree in Neuroscience. He completed his Ph.D. in Neuroscience at the Pompeu Fabra University in Barcelona, Spain, under the supervision of Professor Nuria Sebastián-Galles. During his Ph.D., his research focused on studying the neural and cognitive mechanisms that subsume social interaction processes in healthy individuals and patients with psychiatric disorders.

Hernando completed postdoctoral studies at the Aging Institute at Javerian University in Bogotá, Colombia, under the supervision of Professor Diana Matallana. During this time, he studied the neural correlates of social cognition in patients with neuropsychiatric disorders. After he started a new postdoctoral position at the Laboratory of Experimental Psychology and Neuroscience of the Institute of Cognitive and Translational Neuroscience (Argentina) under the supervision of Professor Agustin Ibanez and Professor Mariano Sigman. During the postdoc postion, he studied the neural, cognitive, behavior, and social-cognitive correlates of neurodegenerative disorders. Furthermore, he studied the social cognitive and social determinants of behavioral alterations in individuals who experienced social stress. During his Ph.D. and postdoctoral time, he also has received training in developing behavioral-cognition studies, EEG methods, and neuroimaging analyses (functional and structural analyses). Additionally, he learned sophisticated statistical methods, including analyses using structural equation modeling and machine learning methods. He also has experience in neuropsychological assessment and cognitive stimulation techniques for patients with neurological and psychiatric disorders.
His interests and research experience focus on assessing the neural, cognitive, and behavioral aspects that subsume the social interaction processes in humans and how those processes take place in stressful scenarios as in neuropsychiatric disorders and contexts of social adversities as in violent situations. He has more than 40 publications, including chapters, books, and articles in top-ten journals on neuropsychiatric research and cognitive neuroscience (e.g., Lancet Neurology, Brain, Journal Neuroscience, Social Cognitive and Affective Neuroscience, JNNP, Translational Psychiatry, Psychological medicine, and Scientific Reports). He currently works as Associate Editor of Frontiers in Neurology and Behavioral Neurology. Also, he is an ad-hoc reviewer for more than ten journals. 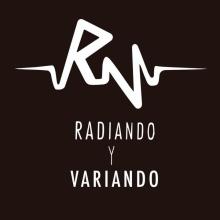 At the Heart of Neurological Dimensionality: Cross-Nosological and Multimodal Cardiac Interoceptive Deficits

View this publication, At the Heart of Neurological Dimensionality: Cross-Nosological and Multimodal Cardiac Interoceptive Deficits