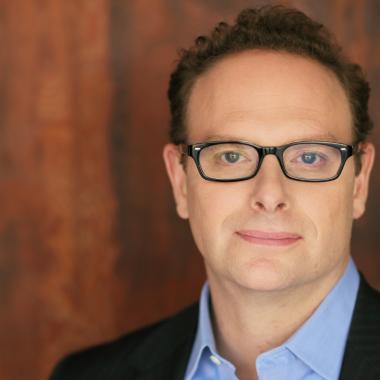 Creativity and empathy can be widely harnessed as powerful tools to help us on this journey to improve brain health.

Jake is a Playwright, Actor, Screenwriter and Musician currently working on the play, UnRavelled.

Creativity and empathy can be widely harnessed as powerful tools to help us on this journey to improve brain health.

Jake is working on the play, UnRavelled, a multi media event (drama, music & art) to deliver to an audience an experience of dementia which reaches the boundaries of human creativity and shows an example of inspiration inside the condition.

Jake would like to continue to develop UnRavelled artistically and bring the production to fruition, creating a platform for additional dementia programming to be introduced to audiences, scientists, doctors, caregivers and patients.

Dementia is a reality for more and more people. We need better language and emotional structures to deal with it.

Jake Broder lives in Los Angeles with his wife Lucy and children Ella & Louis. He is currently an Atlantic Fellow at the Global Brain Health Institute (at UCSF and Trinity College, Dublin), who commissioned his play UnRavelled www.unravelledplay.com. His play Our American Hamlet premiered at the Commonwealth Shakespeare Company, and was nominated for best new play, IRNE (Boston). His musical, Miravel, won the LADCC for best score, composed by Jake. He co-wrote and originated the role of Louis in Louis & Keely Live at the Sahara, winning Jake Ovation, LADCC, Garland and LA Weekly awards for Best Actor and Best Musical. It ran at the Geffen Playhouse, directed by Oscar-winner, Taylor Hackford, and since toured Chicago and SoCal. His Royal Hipness Lord Buckley played Off-West End (Soho Theatre) and Off-Broadway (59e59) and in LA. Jake's TV Writing includes Typewriter Days (Revolution Studios) and Black Hole Sun (Echo Lake). He was also a fellow at the O’Neill under artistic director John McDaniel. As an actor, Jake recently shot The Patient, with Steve Carrell, was on The Morning Show on Apple TV+. and has a recurring role on HBO’s Silicon Valley. Broadway/West End includes: Mozart in Amadeus directed by Sir Peter Hall (Old Vic, Music Box, Ahmanson), When Harry Met Sally with Alyson Hannigan and Luke Perry (Theatre Royal Haymarket), and Ophelia & Juliet in the Reduced Shakespeare Company’s Complete Works of Shakespeare (Criterion) in London. He played Ira Gershwin in Words By: Ira Gershwin (Colony Theatre) and Einstein in Einstein Comes Through (North Coast Rep), both directed by David Ellenstein. He received his BA from Tufts University and trained at the Guildhall School of Music and Drama in London.