GBHI’s community of Atlantic Fellows for Equity in Brain Health, Atlantic Senior Fellows, and faculty continually engage in sharing their research and work across multiple platforms; from journal publications, to performances and presentations at conferences and seminars, as well as receiving awards and grants reflecting the incredible work they do in the field of brain health. Below we highlight recent awards and publications.

Tala Al-Rousan, Atlantic Senior Fellow, recently received a K23 Mentored Patient-Oriented Research Career Development Award titled, “Self-Management of Hypertension in Refugees Living in San Diego. The $1 million USD award by the National Heart, Lung and Blood Institute will be spent over 5 years on career development, researching barriers to hypertension management and how this affects cognitive health in Somali and Iraqi refugees and testing a hypertension self-management intervention to control blood pressure in Refugees. Tala also received a $35,000 USD research award by the San Diego Alzheimer’s Disease Resource Center for Minority Aging Research over two years in which Tala will study perceptions, knowledge and attitudes towards dementia in Refugees form the Middle East living in San Diego. Tala will also be testing cognitive function in these refugees using TabCAT.

Atlantic Senior Fellow, Eleonore Bayen recently received the Price of Neurology Clara & Victor Soriano - Henri Baruk from the French National Academy of Medicine for the MyBrainRobbie initiative. MyBrainRobbie is a public health initiative that was launched in 2019 to promote brain health among children aged 6 to 12 with support from the Global Brain Health Institute and the Alzheimer's Association.

Siobhan Casey, Atlantic Senior Fellow, has been invited to join the Healthy Ageing Advisory Group, a UK based government agency.

Yue Leng, Atlantic Senior Fellow, received an R00 award from National Institute on Aging (NIA) for a project, “Napping, Sleep, Cognitive Decline and Risk of Alzheimer's Disease” in the amount of $248,999 USD. Yue also received an award from UCSF Weill Institute for Neurosciences for a project, “Longitudinal Association of Circadian Rhythms and Risk of Parkinson’s Disease in Older Men and Women” in the amount of $40,000 USD.

Lingani Mbakile-Mahlanza, Atlantic Senior Fellow, has been awarded a Diversity Grant from the Alzheimer's Association. The grant of $150,000 USD will support a 3-year project in which she will investigate whether and how the Brain Health Assessment (TabCat), the UDS-III and the Pfeffer Functional Activities Questionnaire can be used for the evaluation of dementia in Botswana. Lingani believes this is a big step towards improving clinical care and management of people with dementia in Botswana.

GBHI Faculty Roman Romero-Ortuno was recently awarded €1.5 million in funding as part of the Science Foundation Ireland (SFI) President of Ireland Future Research Leaders Award programme. Roman was honoured with the prestigious award for his research programme, ‘FRAILMatics’. Frailty places older people at higher risk of falls, cognitive decline, disability and makes them more likely to use primary and secondary healthcare. The idea behind FRAILMatics is that if those who are in the early stages of frailty can be identified and undergo interventions to improve their resilience, then better outcomes will be achieved for the patients, treatment providers and the health system generally. You can read more here.

Atlantic Senior Fellow Fiona Walsh has recently been made a Fellow of the Royal Institute of the Architects of Ireland (RIAI). The title is awarded for a person’s distinguished service to architecture or the allied arts and sciences.

Rufus Akinyemi, Atlantic Senior Fellow, recently published the Conceptual framework for establishing the African Stroke Organization in the International Journal of Stroke. Africa is the world’s most genetically diverse, second largest, and second most populous continent, with over one billion people distributed across 54 countries. With a 23% lifetime risk of stroke, Africa has some of the highest rates of stroke worldwide. The African Stroke Organization (ASO) is a new pan-African coalition that brings together stroke researchers, clinicians, and other health-care professionals with participation of national and regional stroke societies and stroke support organizations. With a vision to reduce the rapidly increasing burden of stroke in Africa, the ASO has a four-pronged focus on (1) research, (2) capacity building, (3) development of stroke services, and (4) collaboration with all stakeholders. Read more here.

Atlantic Senior Fellow Barbara Beber recently published an article in Unbound Prime. The research is connected to her pilot project and its purpose was to determine the level of teaching of neuropsychology within undergraduate courses of speech-language pathology in Brazil using an exploratory document analysis of the curricula of the undergraduate courses. They found that out of 72 universities included in the study, only nine offered subjects on neuropsychology. The authors concluded that these findings call attention to the need to adapt undergraduate curricula in speech-language pathology to consider the entire scope of this profession and address the epidemiology of communication disorders. Read it here.

A multidisciplinary group of Atlantic Fellows and Atlantic Senior Fellows recently published an open letter in HRB Open Research entitled: To live and age as who we really are. The letter discusses the theme of ‘diversity in brain health’ in research, practice and policy for older LGBT+ people. The group which includes Laura Booi, Lenisa Brandao, Miriam Galvin, Jorge Leon Salas, Eimear McGlinchey, Lorna Roe, and Dana Walrath come from a variety of disciplines (health economics, human geography, anthropology, psychology, gerontology) and professions (researcher, clinicians, writers, practicing artists). They developed a workshop to explore the theme of ‘Diversity and Brain Health’ through the lens of non-normative gender identities and sexualities. Read the full letter here.

Ophir Keret, Atlantic Fellow, recently published an article in JAMA Neurology. In the article, Ophir and colleagues Kristine Yaffe, Howie Rosen and others share findings that suggest that late-onset unprovoked seizures of unknown etiology (LOSU) are associated with a 2-fold risk of developing dementia in older veterans. Notably, these findings may also suggest that unexplained seizures may be the first sign of a neurodegenerative disease. The paper was highlighted in a recent news story.

Atlantic Senior Fellow, Emi Kiyota has recently published some wonderful videos on the Ibasho project in three locations. The Ibasho model creates socially integrated and sustainable societies that value their elders, through elder-led projects that serve community members of all ages while reducing the isolation of older people. The model has been successfully implemented in three countries, with support from organizations such as the World Bank. Ibasho, which means “a place where you can feel like yourself” in Japanese, was established to address rapid global aging and lessen the isolation too often experienced by the growing cohort of people 65 and older. We challenge the prevalent, mostly negative perceptions of aging by empowering elders to create places where they can assist community members of all ages.

Atlantic Senior Fellow Geeske Peeters and GBHI Deputy Executive Director Brian Lawlor recently published an article in the International Journal of Geriatric Psychiatry on late life education and cognitive function in older adults. Using data from the Irish longitudinal Study on Ageing, the authors found that late life education may contribute to cognitive reserve and be a useful intervention to mitigate the increased risk of cognitive decline associated with low levels of education. Read the full article here.

The study was picked up in the Sunday Times here.

Members of the GBHI Sleep Affinity Group; Atlantic Senior Fellows Jennifer Zitser, Yue Leng, and Claire Sexton, and GBHI Faculty Kristine Yaffe recently had an article published in the peer-reviewed, international journal Sleep. Their paper examined the association between sleep duration trajectories over 28 years and measures of cognition, gray matter volume, and white matter microstructure. The authors’ findings suggest that current sleep guidelines that recommend at least 7 hours of sleep per night may not be supported in relation to an association between sleep patterns and cognitive function or brain structure. You can read the full article here. 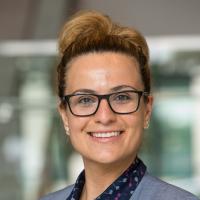 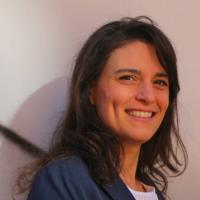 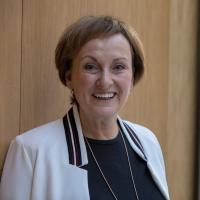 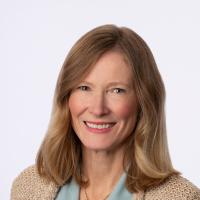 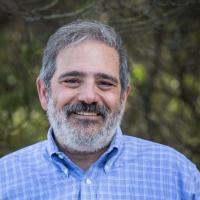 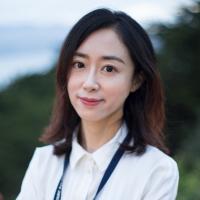 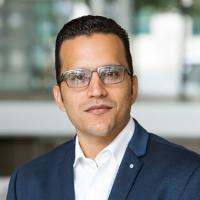 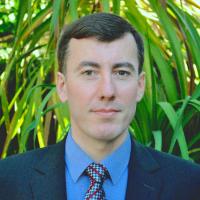 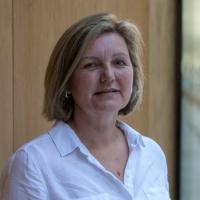 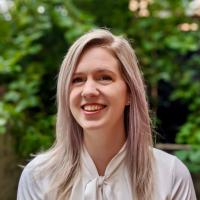 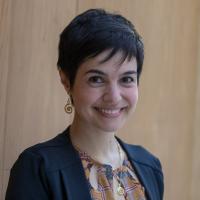 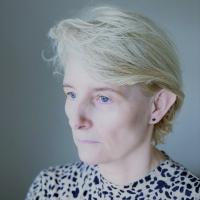 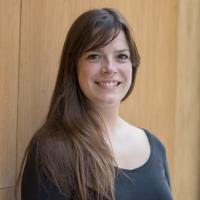 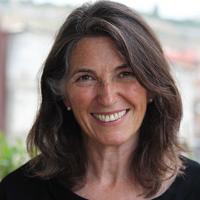 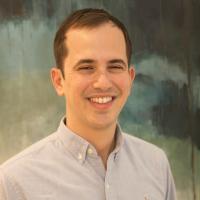 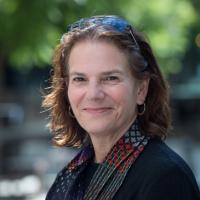 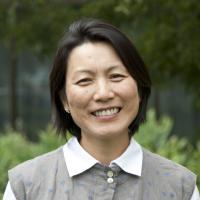 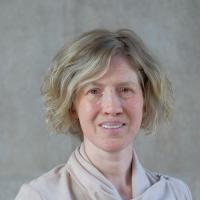 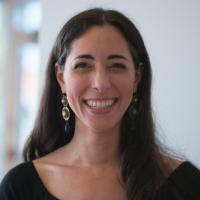 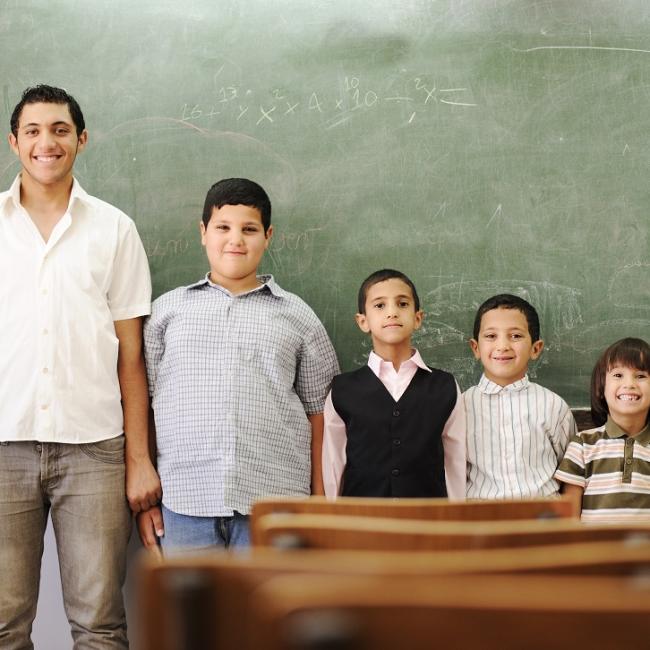 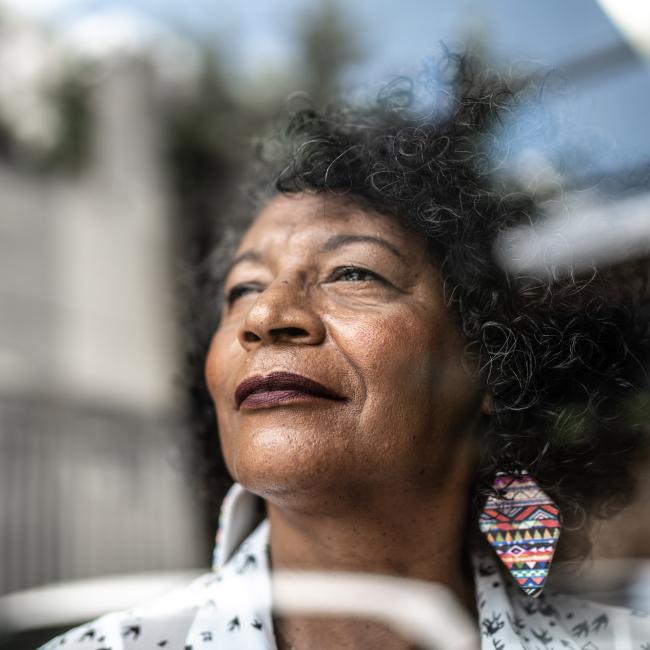